Africa can sometimes seem a challenging destination, but even the softer options will deliver a memorably authentic experience. Here is a list of some of our favourite luxury hotels and lodges in South Africa and Zambia to help you plan your African trip of a lifetime.

It’s a Durban institution where the locals come to celebrate, treat themselves, and show off to visitors. As a Red Carnation hotel, the Oyster Box is typically full of colour and character, colonial as well as modern, both friendly and refined. From the porters in their white uniforms and pith helmets, to the marble and chandeliers in the elegant lobby and the patterned robes laid out on the bed in a room full of thoughtful touches, The Oyster Box hotel is a constant delight. Opening the shutters in the morning to see the sun rising out of the Indian Ocean behind a red-striped lighthouse makes for a wonderful start to the day, and is followed by a mind-boggling choice of dishes at the breakfast buffet. The restaurants are seriously good, but the High Tea in the afternoon is deservedly famous and well worth spoiling your appetite for dinner. A spa, library, cinema, bars, and a regal resident cat called Skabenga - it’s all here. 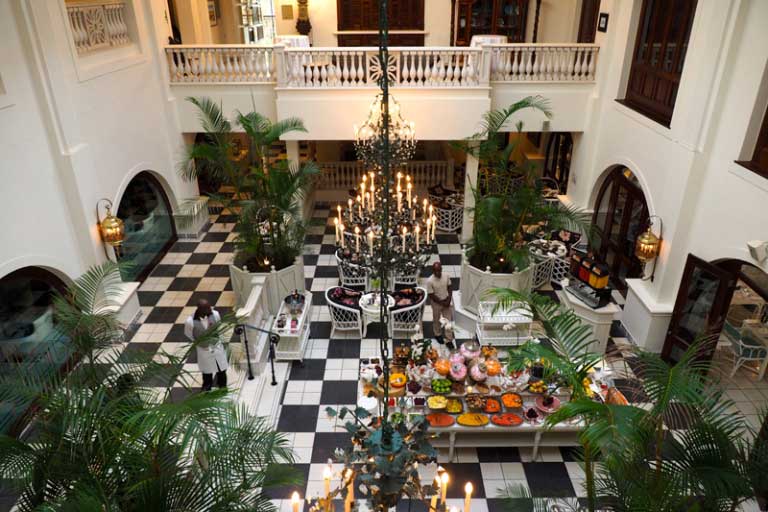 Perched between the Atlantic Ocean and a vast nature reserve, the hotel is named after the range of rocky buttresses behind it, and is just a twenty-minute drive from the city beyond Lion’s Head and Table Mountain. The décor throughout is quirky, individual and distinctively Red Carnation, full of pattern and texture. Every room is different but luxury is a constant, with all needs and desires promptly met. The staff are eager to please, and will even partner up with guests at golf or squash if requested. The hotel’s Leopard Bar is the perfect place to watch the sun drop into the sea beyond rounded rocks where sea lions lounge, and it’s not rare to see whales from here. The super-fresh seafood at the opulent Azure restaurant is deservedly legendary, and the breakfast buffet even includes oysters and champagne. With a cosy 16-seat cinema — sweets and popcorn provided — plus an award-winning spa, the Twelve Apostles is a hard place to leave. 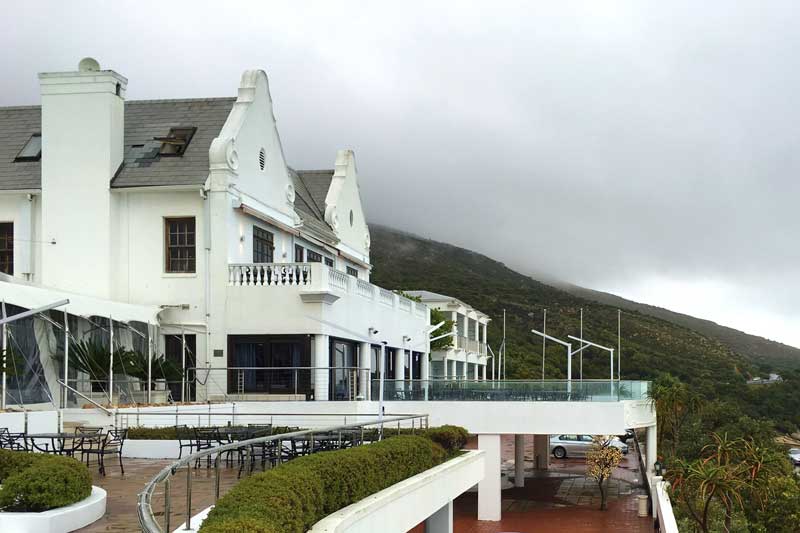 A three-hour drive north from Cape Town and passing through the spectacularly colourful Cederberg Mountains, Bushmans Kloof is the perfect beginner’s introduction to Africa’s wildlife. Since the reserve is predator-free, guests are free to wander at will among the 35 species of mammals (including the cute and chubby rock hyrax), 150 species of colourful birds, and get up close with the local flora which includes the unique and famously rich fynbos biome. Game drives introduce the stylishly monochrome Cape zebra. Viewed over the rim of an Amarula sundowner against a pink and purple sunset, they make for an unforgettable sight. Rock art can also be inspected here, delicately drawn in blood and red ochre by bushmen ten thousand years ago. Also, a typically luxurious and comfortable Red Carnation property, Bushmans Kloof’s specialty is being a wellness retreat, with its spa voted Africa’s Best for 2018. Guests are cosseted from the moment they arrive, with the mantra being: “No request too large, no detail too small”. 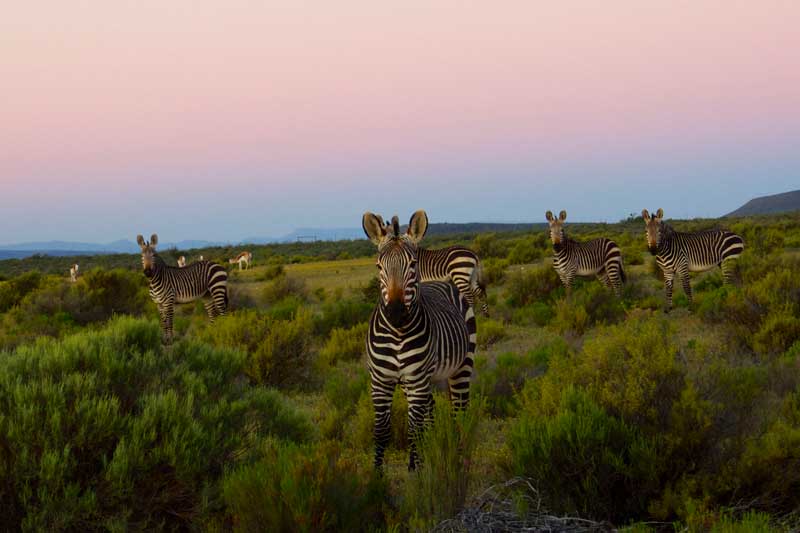 Near the Botswana border north-west of Johannesburg, Impodimo Game Lodge offers the classic South African safari experience in the malaria-free Madikwe Game Reserve. Solidly-built luxury suites that are beautifully furnished, the main lodge building has an airy, welcoming bar with an open fireplace. It provides exceptional fine dining beside the pool (as long as there aren’t elephants drinking from it) or in the boma (enclosure) by firelight at night, with fireflies darting overhead and possibly lions roaring in the dark. There’s even a surprise bush braai (an evening meal combined with a game drive to a BBQ site) to look forward to during a stay here. The staff are friendly, professional and knowledgeable. Twice-daily game drives in open Land Rovers with a ranger and an eagle-eyed tracker guarantee up-close encounters with some of Africa’s most iconic wildlife, including elephants, lions, leopards, hyenas and even the rare and personable African Wild Dog. There are age-specific children’s programmes to teach youngsters about the bush and its wildlife, while at the same time ensuring lots of fun is happening outdoors, looking for animals both on foot and in vehicles. And if all that isn’t relaxing enough, the Lodge spa offers massages in the open air under a thatched roof.

It’s hard to beat being met at Zambia’s Lusaka airport by your own private pilot, but Royal Zambezi Lodge does it. After a half-hour flight in a four-seater plane before landing on a bush airstrip, you instantly see elephants. ‘Elephant jam’ is a frequent occurrence at this lodge, which sits on the bank of the Zambezi River alongside the Lower Zambezi National Park and opposite Mana Pools in Zimbabwe. Animals have precedence over anything people do, whether it’s having morning tea beside the river, setting up for a sundowner in the bush, or even walking from the main lodge building to the over-water Sausage Tree Bar. If there’s an elephant in the way, you wait. Or a lion, hippo, buffalo, or leopard. The lodge is unfenced and animals rule. Guests are escorted to their canopied tents which lie alongside the river, full of luxurious touches like copper bathtubs, private pools and four-poster beds, but with walls of only canvas and netting. This allows a real (but safe) connection with the sights, smells and sounds of the African bush: morning and afternoon game drives in open vehicles, wildlife-spotting walks with an armed guard, quiet canoeing past hippos and elephants, and dining by the fire pit to a chorus of frogs. Royal Zambezi Lodge specialises in vivid memories. 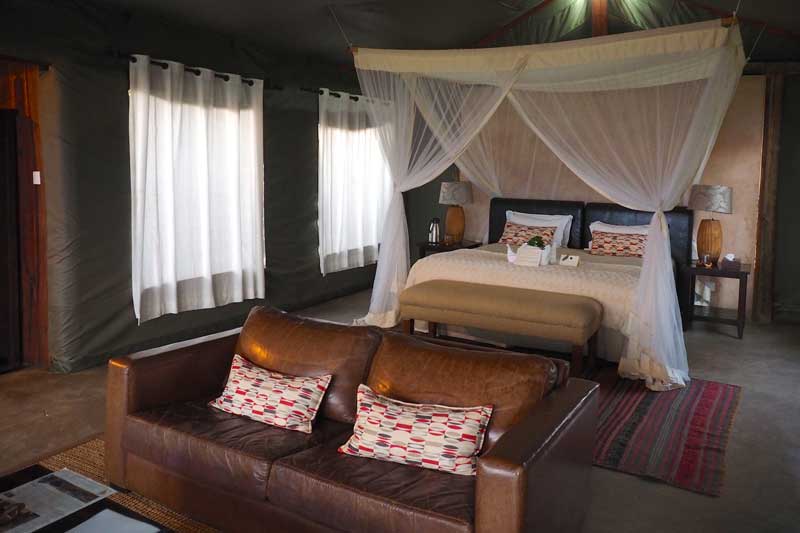 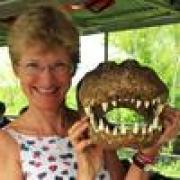 From a random “I could do that” epiphany in a free period when she was an English teacher, Pamela Wade has turned a passion into a career as a freelance travel writer that, while not much of a living, is a wonderful lifestyle. Sleeping in a swag beside a croc-infested river, staying in a 6-room suite overlooking Hong Kong harbour, being charged by a fur seal in the Antarctic, it’s all great story material and so much more entertaining than marking comprehension tests!

Must-Do's in the Baltic Capitals