Lisbon, the heart of Portugal’s rejuvenation

After a long sleep, Portugal is rapidly regaining the world’s attention. Lisbon is bursting with historical places to see, new places to eat and interesting shopping. Many of the cobbled streets give glimpses of the glittering Tagus River that’s so wide it feels like the sea. The beautiful big red bridge and the statue of Cristo Rei will have you wondering at times if you’re in San Francisco or Rio de Janeiro. It’s my new favourite city, and I suggest you get there before the secret spreads! 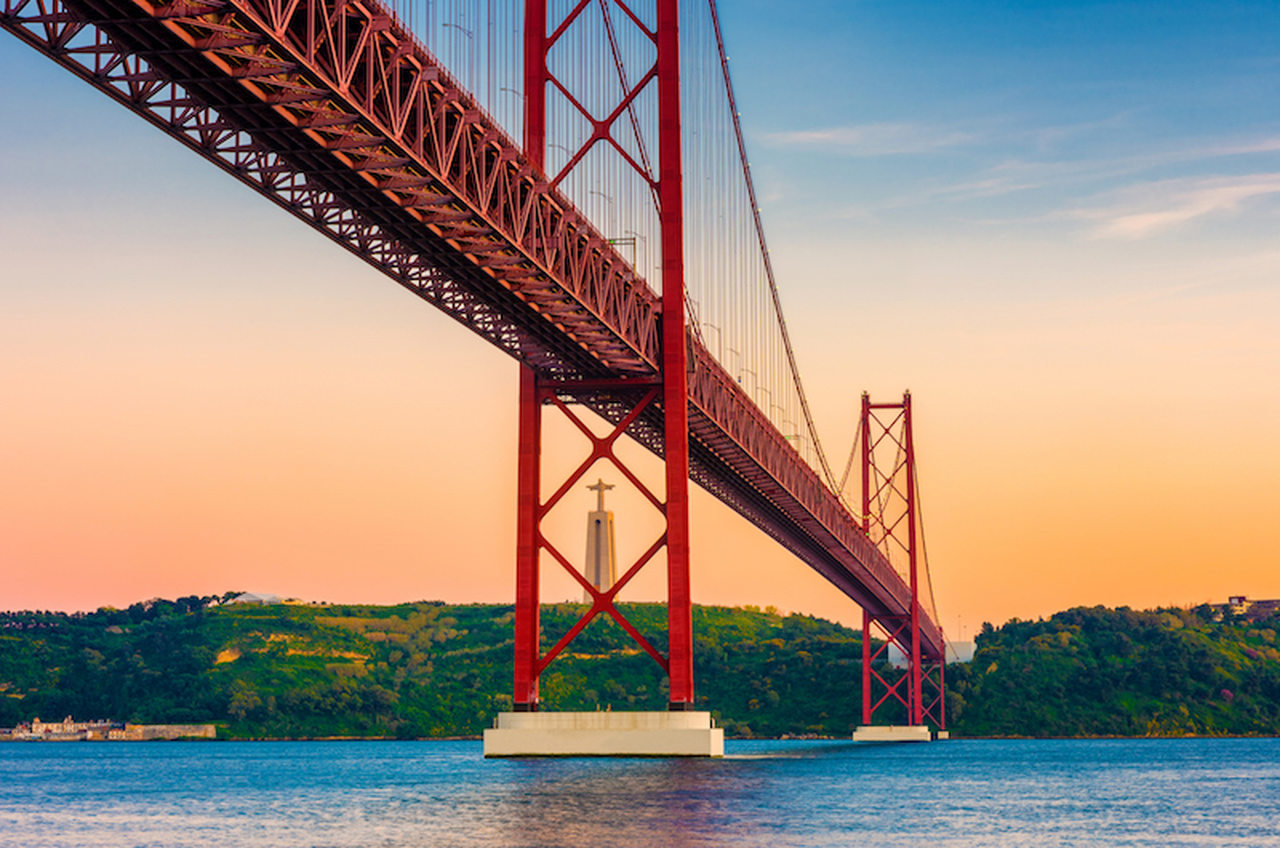 Portugal has long, hot summers and cool winters. Time your visit carefully according to your tolerance for summer heat. If you can, allow yourself at least a week (I stayed for a month!). The longer you stay, the more wonderful it is.

Where to start in Lisbon?

To get a feeling for the city, buy a ticket and do a circuit or two on the red tourist tram (30 Euro buys you a 24-hour unlimited on and off ticket). This is a great way to get your bearings of the city. Once you’re orientated, set off on foot, metro, Uber or taxi and explore Lisbon’s diverse neighbourhoods.

The Time Out Market

A bustling food development with a fresh produce, fish and meat market alongside a curated selection of Lisbon’s top restaurants and cafes all under one roof. Of note is Manteigaria, serving the world’s most delicious pasteis de nata which are the famous custard tarts with warm flaky pastry and a hint of cinnamon. At Praca Luis de Camoes you can watch the pastry chefs prepare Portugal’s favourite morsels through glass screens.  We started here every day with an espresso and a tart. 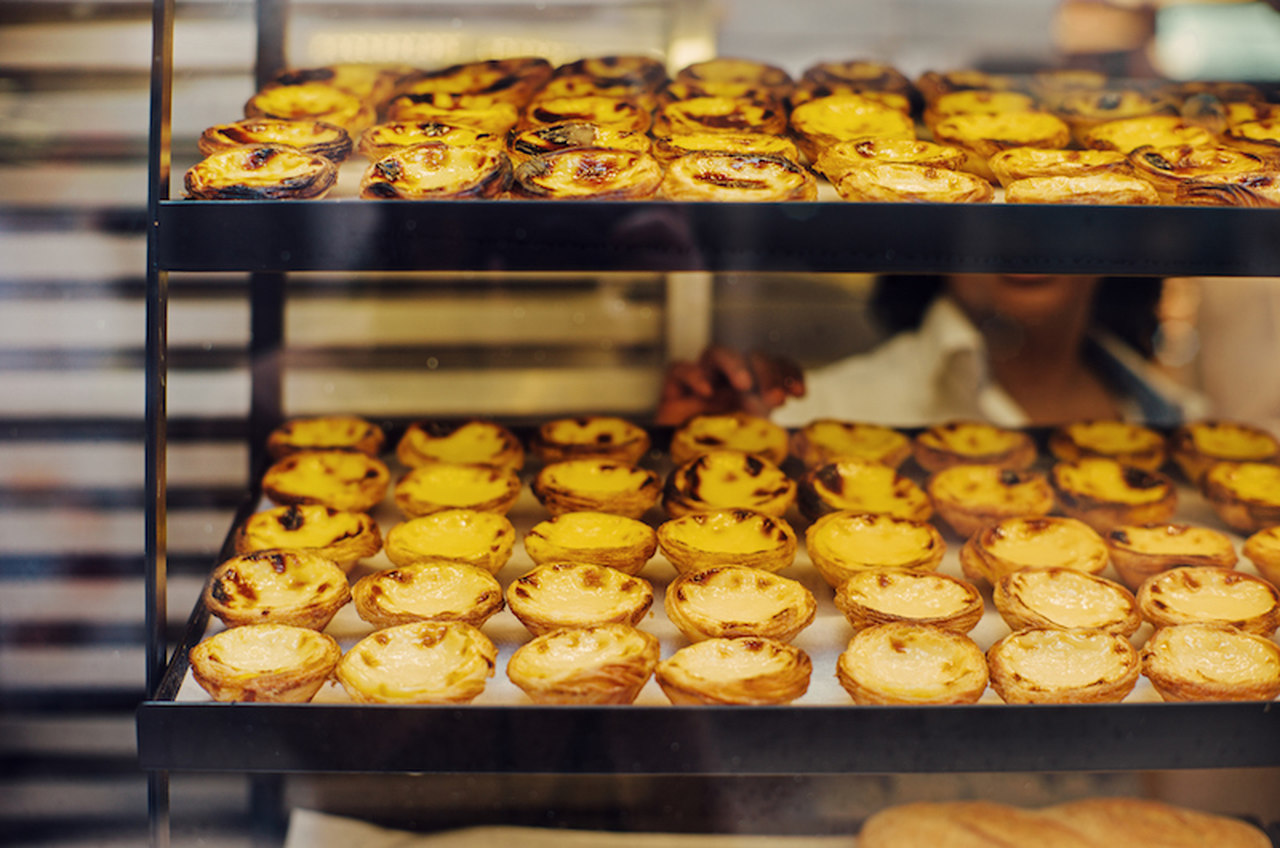 There are several outlets of this beautiful store that sells high quality classic Portuguese products, perfect for gifts or souvenirs. Our favourite was in the Chiado neighbourhood, and there’s also an outpost at the Time Out Market.

The Portuguese love a ‘concept store’ and this is the best example we saw. Developed inside a 19th century Arabian style palace in the uber-trendy Principe Real neighbourhood, Embaixada hosts a range of shops focused on Portuguese design, fashion and culture. Make sure to spend some time wandering around the neighbouring streets that are filled with great restaurants, bars and cafes.

An industrial development almost under the bridge, LX Factory is hipster heaven. Full of arty retailers and unique restaurants and cafes, it also has a rooftop bar which makes a great Caipirinha that we sipped while soaking in the panoramic views across the Tagus.

We fell in love with Portuguese Blues and went to three separate concerts during our stay. It’s deservedly listed as a UNESCO Intangible Cultural Heritage and famously conveys a feeling of longing or ‘saudade’. If you’re looking for an authentic concert experience, we went to one in a small and very traditional bar in Barrio Alto (old town) called A Tasca Do Chico. 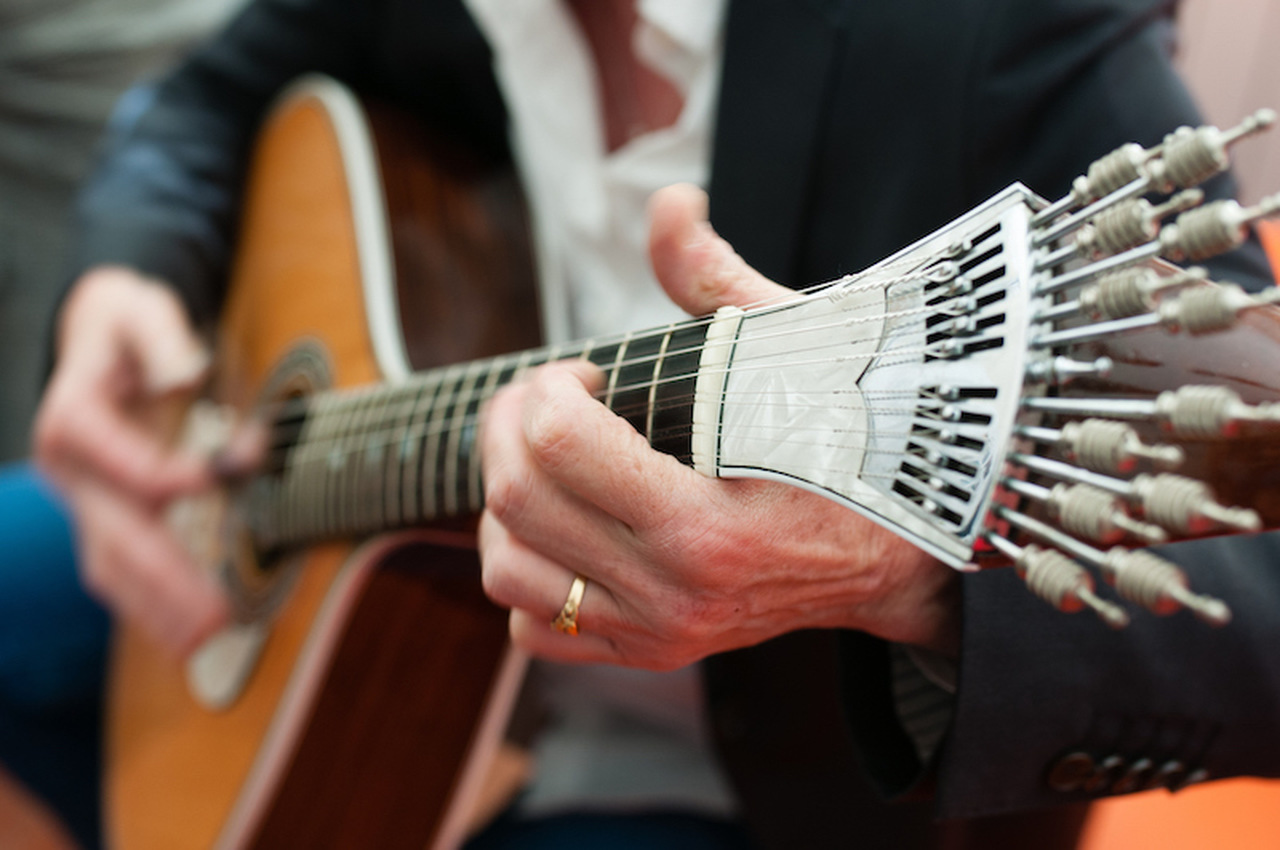 Be sure to catch a performance of Fado. (Photo: Getty Images)

A hidden away rooftop bar on the fifth level of a carpark in Barrio Alto, there are no signs for Park Bar – just a dingy set of stairs (there’s a lift that goes up to the fourth level). This is a fantastic sunset drinks spot with views over the terracotta rooftops and is packed with locals and tourists chatting and romancing the night away.

José Avillez is Lisbon’s main man on the culinary scene. He owns a two-star Michelin restaurant called Belcanto, but we dined twice in his Barrio de Avillez development which has four different restaurants. Both times the experience was bustling and the food was tasty.

This has been Portugal’s favourite food for 500 years. It’s essentially dried and salted cod, and they proudly have more than a thousand recipes to revive it. It’s not my idea of a good time, but you can’t escape it so give it a try!

Lisbon’s trendiest neighbourhood is full of great restaurants ranging from cheap to expensive and everything in between. Give ZeroZero, A Cevicheria, the kiosks in the park and Pizza a Pezzi a try. 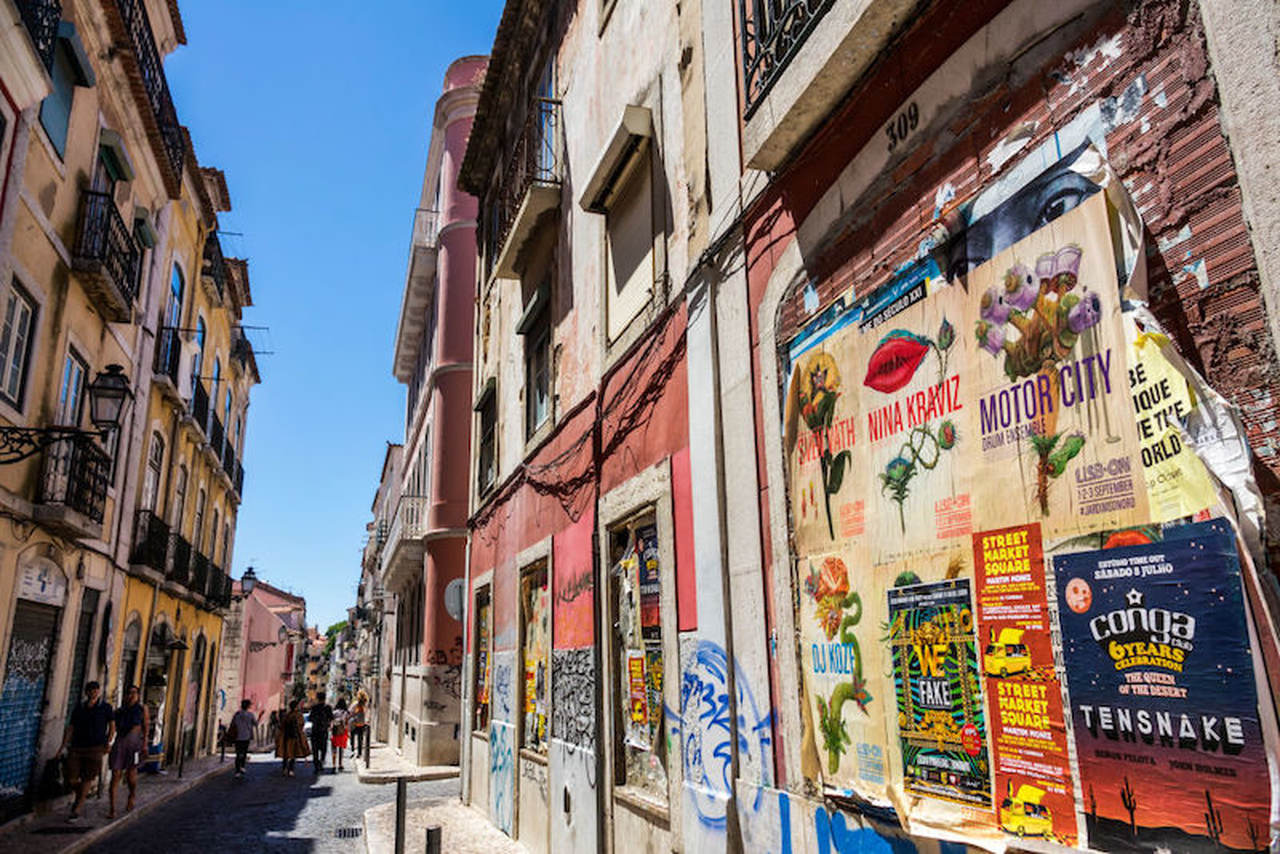 Buffet at The Ritz Four Seasons

We read about this in Monocle and decided to treat ourselves for a Sunday lunch. It was fantastic! Highly recommended. 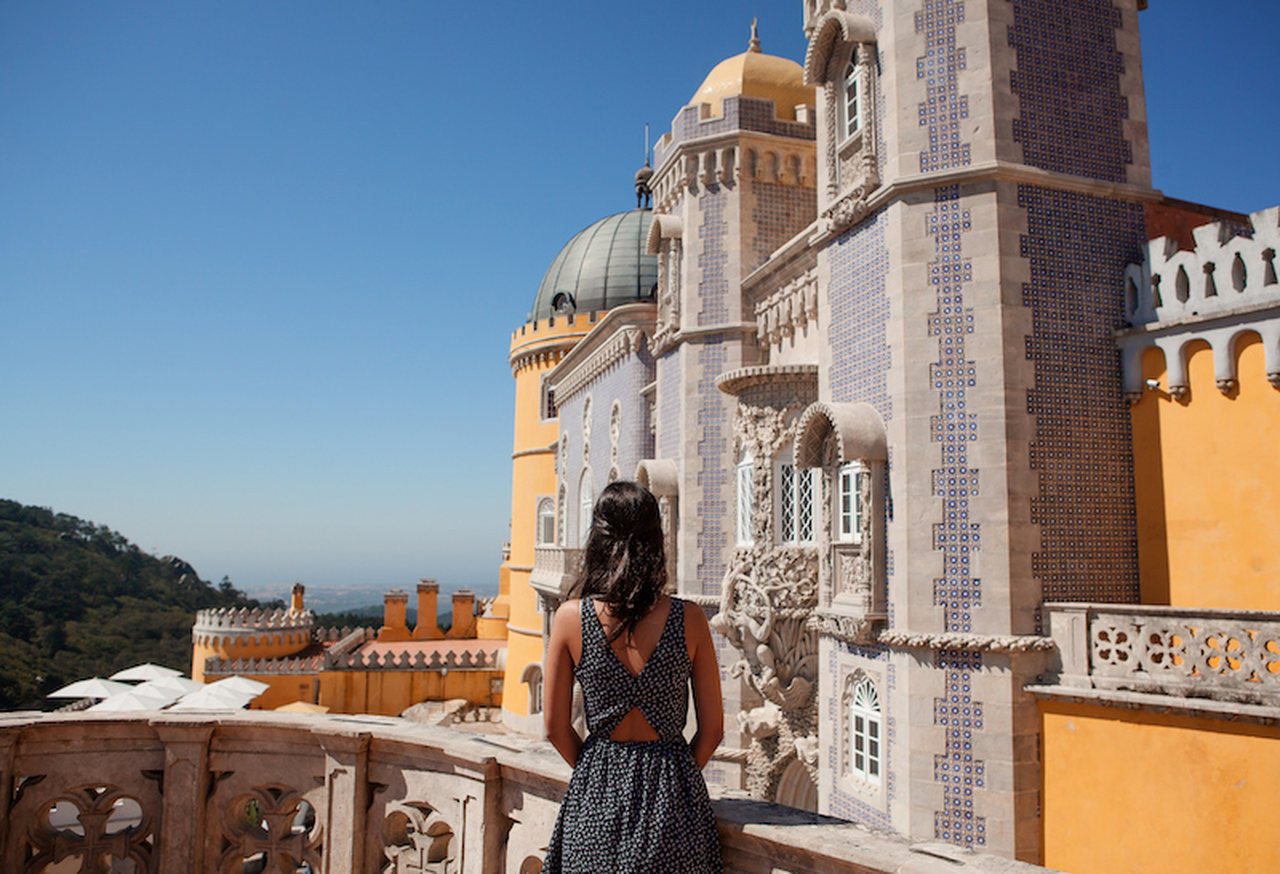 Belém is a historical village that’s a 30-minute tram ride from Lisbon. This is where the famous Pastéis de Belém café is and when we arrived at the cafe there was a huge queue. So we saw all the other sights and happily went back to Mantegueira the following day for our Pasteis de Nata fix.  Highlights include two of the finest examples of the Manueline style architecture: the monastery (Mosteiro dos Jeronimos) and the tower (Torre de Belem).

Evora is definitely one for the history buffs. We took the train here and stayed overnight in the Pousada dos Lóios, right next to the Roman temple, but you could do a return trip in a day. There are many reminders of the Moors and Roman occupation here and the religious history is reflected in over 20 churches and a grisly chapel constructed in the 17th century from the bones of 5000 monks.

A really charming town that’s rich in history and well worth the trip. It’s less than an hour out of Lisbon on the inexpensive commuter train and was originally a summer retreat for the Kings of Portugal. We spent half a day wandering around the colourful Pena Palace which was built in the 19th century in a fascinating medley of architectural styles. 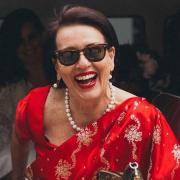 Emerald Gilmour is a bon vivant from way back. She’s lived in Paris, Bali, Sydney, Lisbon and Auckland in recent years and is passionate about ancient history, talking to strangers and the hospitality industry.

The inside word on Croatia

Travelling through northern Finland in winter 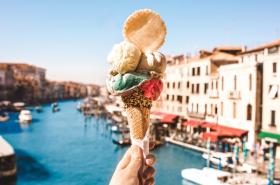 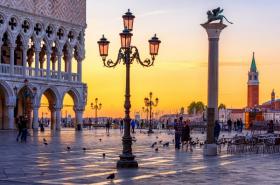 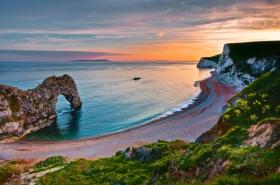 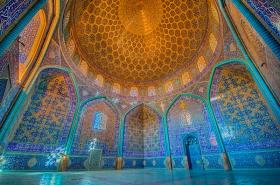