Must-Do's in the Baltic Capitals

Tucked away in a (comparatively) less visited pocket of the world and often shrouded in mystery, Tallinn, Helsinki and St Petersburg lay a little off the beaten track for most travellers. But on an Azamara Club cruise through these Baltic capitals, a wondrous world of inspired creativity, world-class design and imperial grandeur await. Don’t leave these three charming cities without including the following local experiences and must-dos on your days ashore.

Safe and pocket-sized, Tallinn flaunts one of Europe’s best-preserved medieval Old Towns, which easily deserves a couple of hours of exploration. Plan on getting lost amongst its labyrinthine cobblestone lanes colonised with artisan shops and hipster-friendly cafes whilst admiring the historic architecture of the city. And definitely stop for a bite to eat at Rataskaevu16, one of Tallinn’s best restaurants serving international, Scandinavian and Eastern European cuisine. 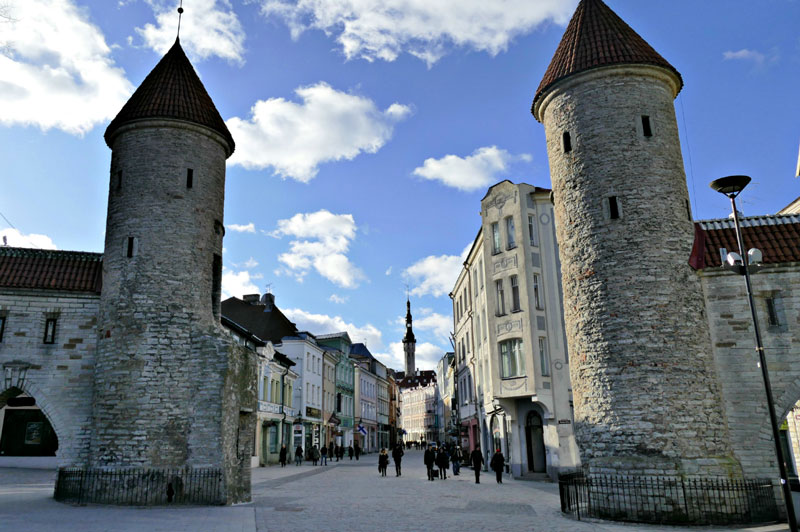 But don’t let the Old Town be your only experience of this vibrant and colourful city. For a taste of Tallinn’s creative heart and soul, take a short tram ride to Telliskivi Creative City just outside the Old Town’s city walls. Estonia's biggest creative economic enterprise hub, this former industrial complex draws shoppers and foodies as much as it does creatives and artists, all lured in by its eclectic mix of shops, restaurants, and cultural events. 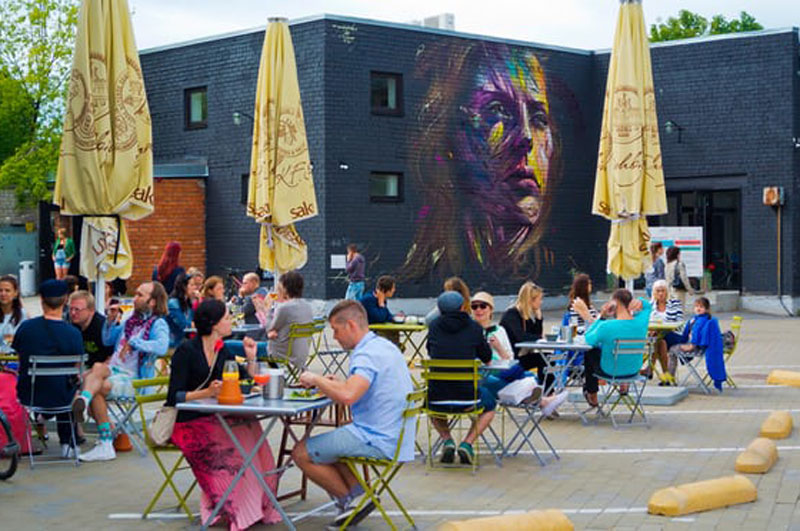 The terrace of one of Telliskivi’s numerous cafes

Take a tour of another iconic Baltic capital: A Soviet Tour of Riga

Let Azamara take you to a different part of the world: 6 Reasons to Cruise to Asia

When Helsinki was designated a UNESCO Creative City of Design, it never came as a surprise, because everyone that’s ever visited the Finnish capital knows that modern design is as much a part of Finnish culture as saunas and a great education. Join this growing legion of people by ambling around the vibrant (and quite large) Design District in the heart of the city and get a quick education on what makes Finnish design so unique and refreshing. Make sure you don’t leave the area without browsing the designer wares inside Marimekko, a retailer that epitomises Finnish design principles. 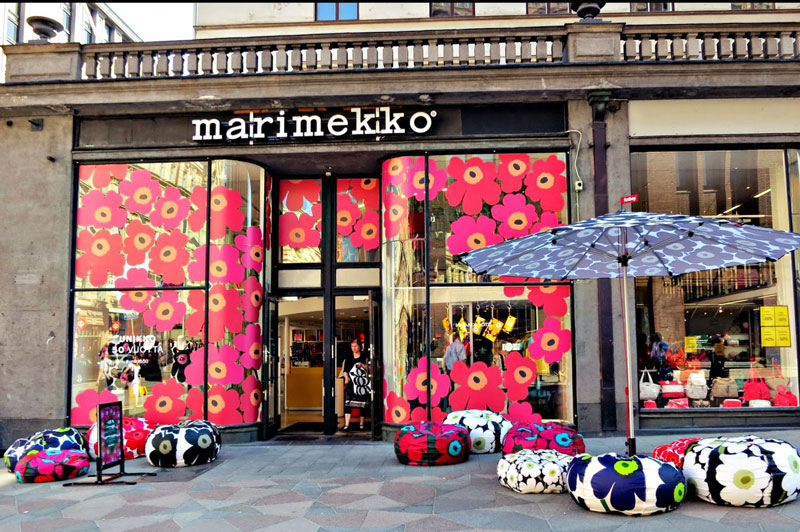 Marimekko remains one of the best-known, iconic Finnish design brands

With your stomach protesting and your legs tired, walk over to Market Square and look for the orange tents where you’ll be able to tuck into some traditional Finnish food, such as reindeer meatballs and grilled salmon with potatoes and veggies for about 10 euros. This bustling outdoor market, right where the sightseeing cruises dock, is also the place to pick up some locally made souvenirs. 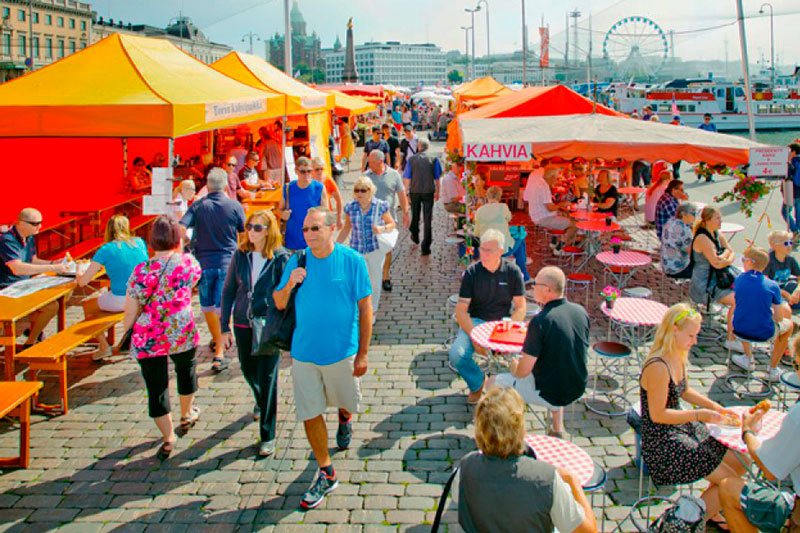 St Petersburg: The Venice of the North

With its baroque and neoclassical architecture, world-class museums, and broad boulevards lined with designer shops, trendy bars, and cool cafes, there’s certainly enough on land to keep you busy for a couple of days in St Petersburg. But don’t for a second think you can leave Russia’s former imperial capital without seeing the city from its best vantage point. 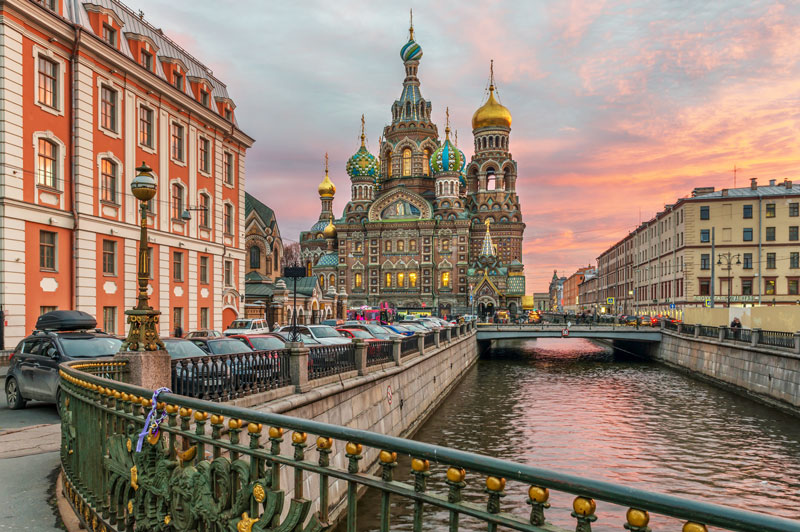 Enjoy iconic city sights, including the Church of the Savior from St. Petersburg's many canal bridges

Known as the “Venice of the North,” St Petersburg was built over 42 islands that are connected by 342 bridges, and hopping on a cruise through its complex web of canals and channels is as much a St Petersburg must-do experience as visiting the Hermitage Museum – it can’t be missed. If time permits, jump on a hydrofoil and sail past dense forests on the shores of the Baltic Sea onwards to the gilded palace of Peterhof, where cascading fountains and sculpted gardens built on the orders of Peter the Great give you a taste of Russian grandeur. 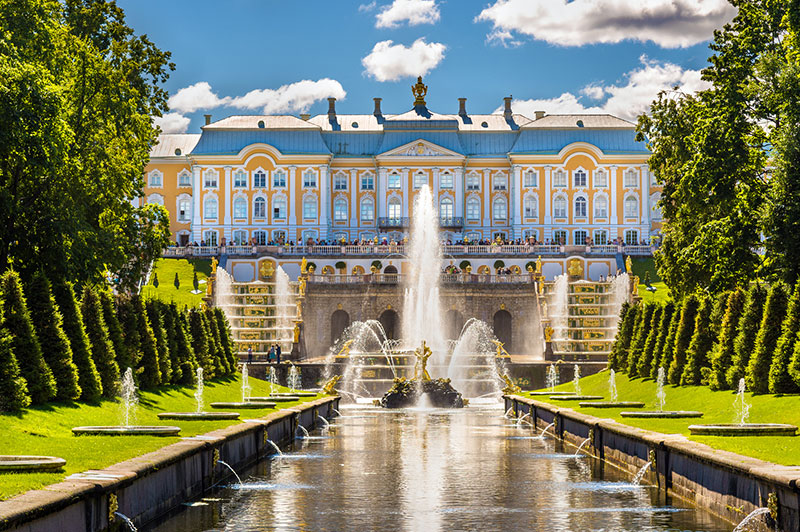 The beautiful Peterhof Palace is a must-see St. Petersburg attraction

Discover these vibrant capitals in comfort and luxury, on an enchanting voyage to the Baltic Sea with Azamara Club Cruises.

Talk to a Travel Associates adviser about the best way for you to experience the world-class design and imperial grandeur of the Baltics. 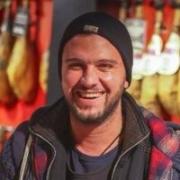 Shaun is an Australian freelance Travel Writer who has contributed to a range of travel publications – most notably KarryOn, National Geographic Traveller, get lost, AWOL and Intrepid. When he's not travelling around the world, collecting experiences and writing them down, you can usually find him back home in Melbourne, sipping on a flat white, thinking about stuff. 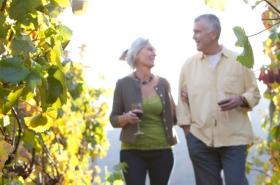 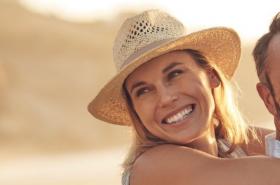 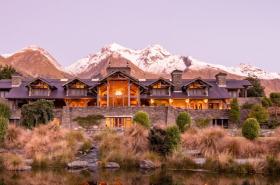 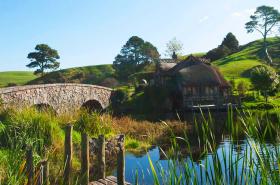